IF Statement That Returns Any Text

How to create an IF statement to return any text on your dashboard.

IF statements allow the formulas to make logical statements between a value and an expected outcome. IF statements with text allow everyone to process the information on the dashboard more easily. For example, display a message "Target Reached 🎉" whenever someone reaches their target. 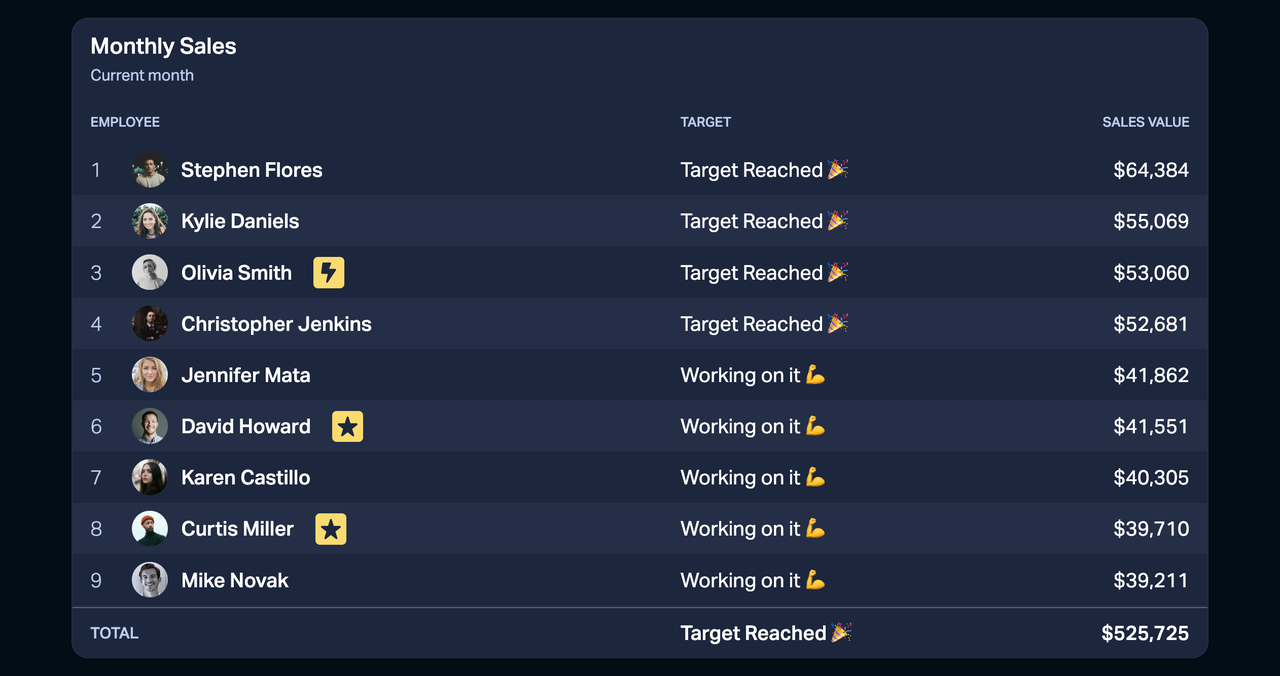 Here's a formula example. The formula is built in the Advanced formula editor. If you use the formula, make sure to change the data source and other parameters according to your business needs.
Set the number format to Text.

Tip – You can use emojis

You can add emojis to your IF statements to make the text stand out. If you do, please be aware that some TV browsers might not be able to display emojis – that depends on your device. But hey – it might be worth to try! 💪 You can also use conditional colors to even further customize the widget look.

Let's break down the statement from the example above:

If you don't want to display a message when the target is not reached, you can leave empty quotation marks in the statement, like this: "Target Reached 🎉"," ". There needs to be a single space between the quotation marks – otherwise, the dashboard will show 0 instead of not showing anything. 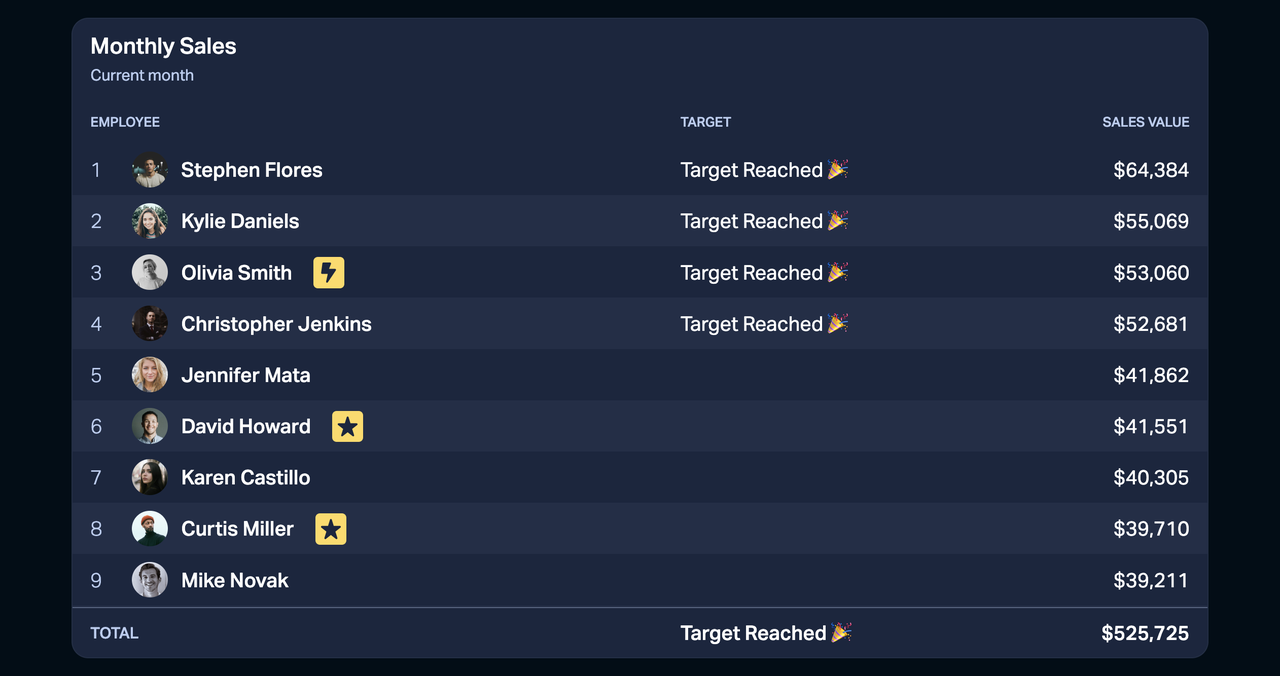 More on IF statements

Learn how to create an IF statement that returns 100% if the results are greater than 100%.

IF Statement That Returns YES or NO

IF Statement That Returns 100%